Teaser and the Firecat

Exclusive box set with many refinements

1971 marked the release of „Teaser and the Firecat“, the singer songwriter Cat Stevens‘ most successful album to that date. With world-famous hits like „Morning has broken“, „Moonshadow“ and „Peace Train“, his fifth studio album finally secured him the status of a music industry legend after his comeback in 1970.

Half a century later, the “50th Anniversary” super deluxe box set is being released, impressing with its colourful, thoughtful design, which is based on the illustrations of the artist himself. With bonus tracks, live recordings, essays on the background and much more, the product guides you through the entire history of the album. Additionally, this edition includes the children’s book „Teaser and the Firecat“ with text and illustrations by Cat Stevens, which he published in 1972 to accompany the album of the same name.

Clamshell box with cloth binding, matt hot foil in black and with embossing for the glued-on title label

"Teaser and the Firecat - Alternate Versions" manufactured as an inside-out gatefold, with 12inch vinyl record in black (180g virgin vinyl)

Thread-stitched hardcover with UV spot varnish on the cover

The clamshell box with cloth binding and matt hot foil embossing in black features, in addition to the embossing for the title label – an onsert with matt dispersion varnish – a satin lifting strap, which enhances the overall haptics of the product. Inside, you´ll find a gatefold, printed on reverse side of board with a matt dispersion varnish and a spined sleeve with black innerbag, each contain a black 12inch vinyl record (180g virgin vinyl).

In addition, a high-quality booklet in glued binding was produced in vinyl record format with matt scratch-resistant foil lamination. Finally, the box set is completed by a thread-stitched hardcover book, which convinces with matt dispersion varnish, scratch-resistant film lamination and UV spot varnishing in glossy black.

Take a closer look at the gatefold 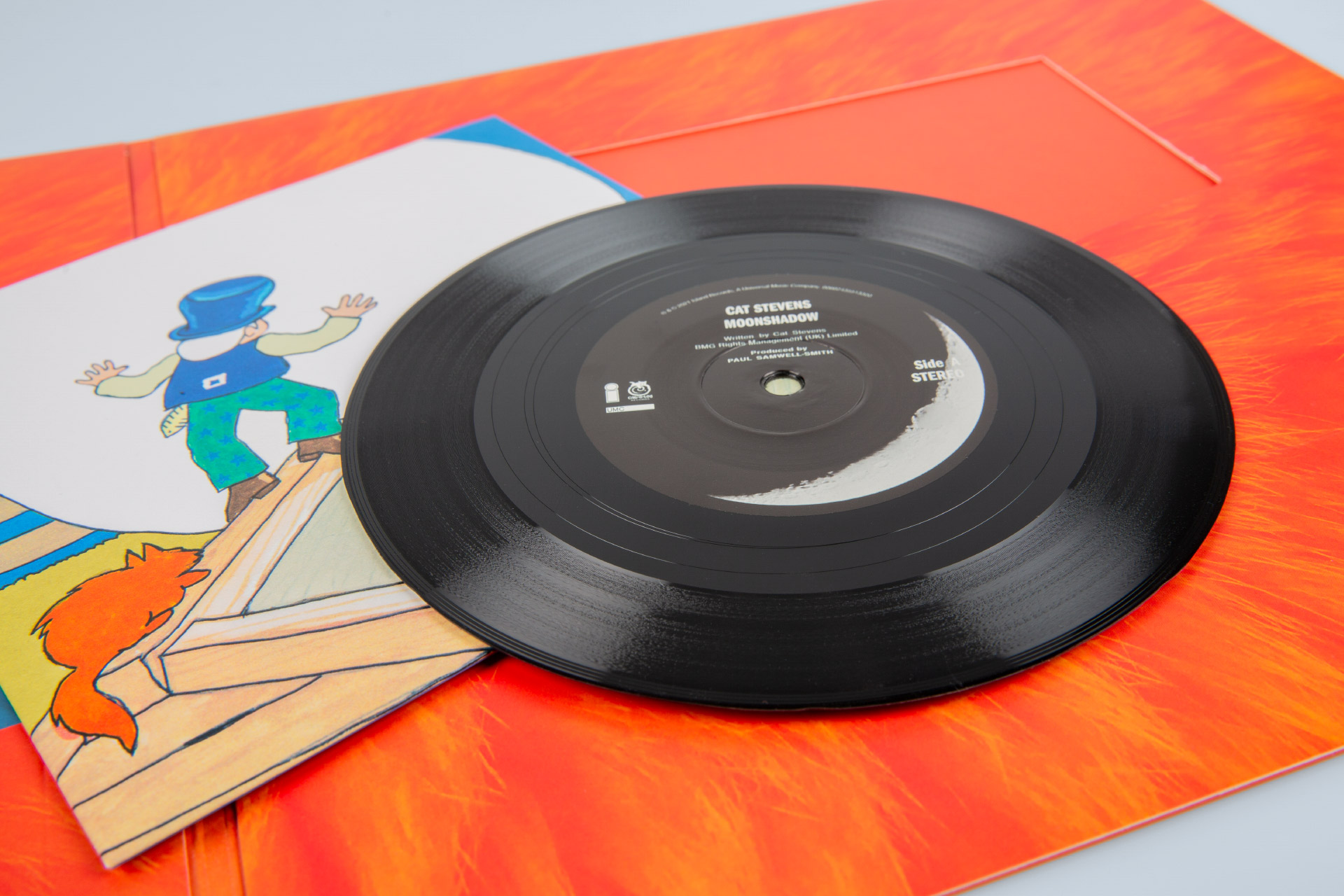 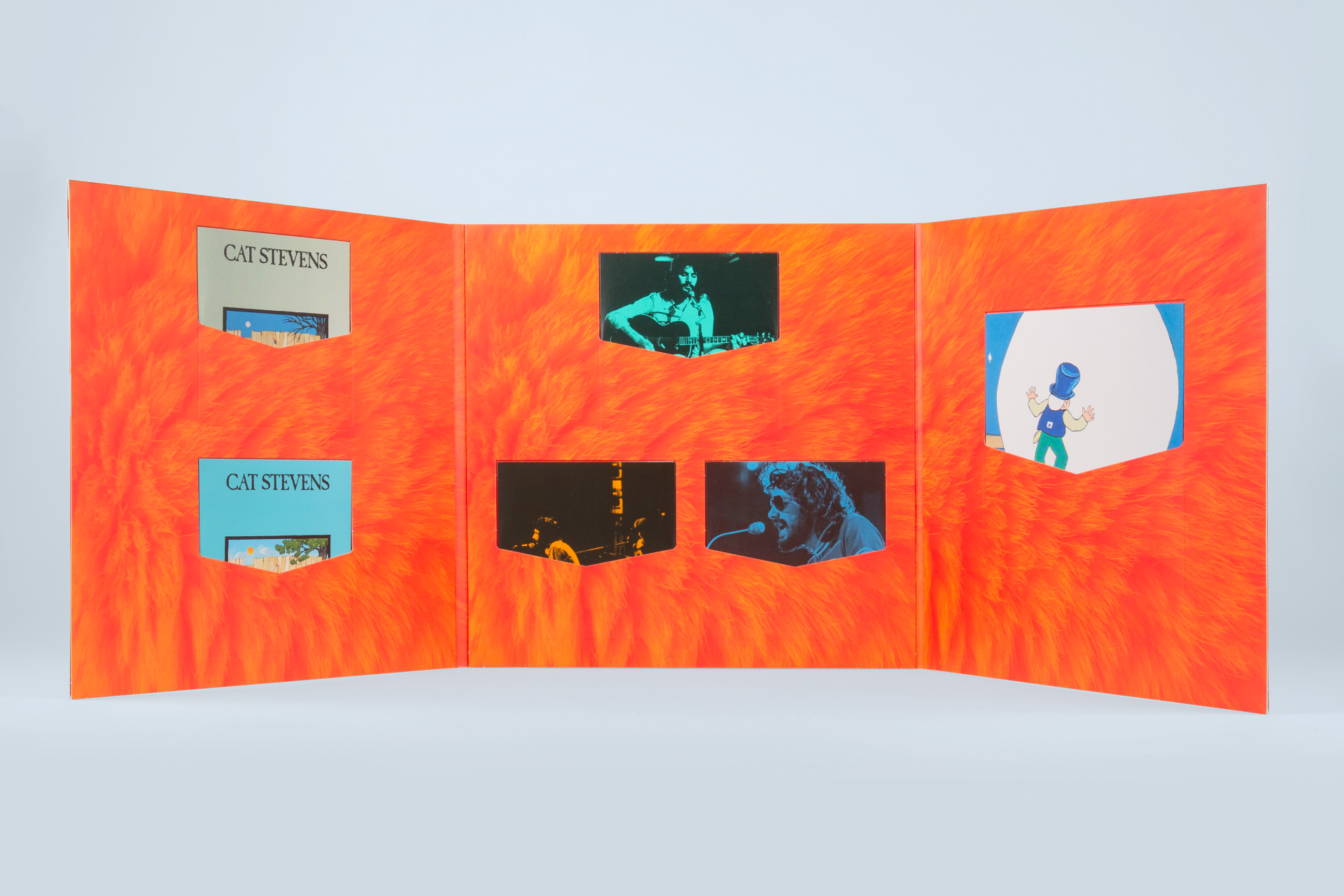 A six-sided gatefold, finished with dispersion varnish and matt UV spot varnish in black, completes the product combination with four CDs and one Blu-ray disc in cardboard pockets and a maxi pocket for a 7inch vinyl record. 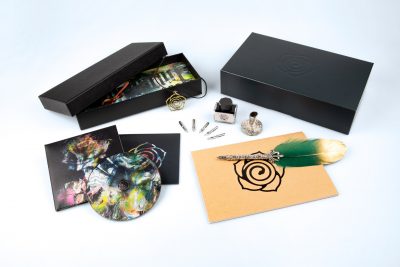 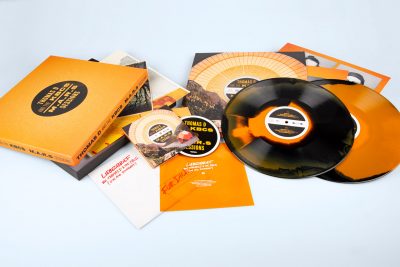 With „M.A.R.S Sessions“, Thomas D releases his sixth solo album with eleven songs from his existing catalogue of titles, which have now been arranged …